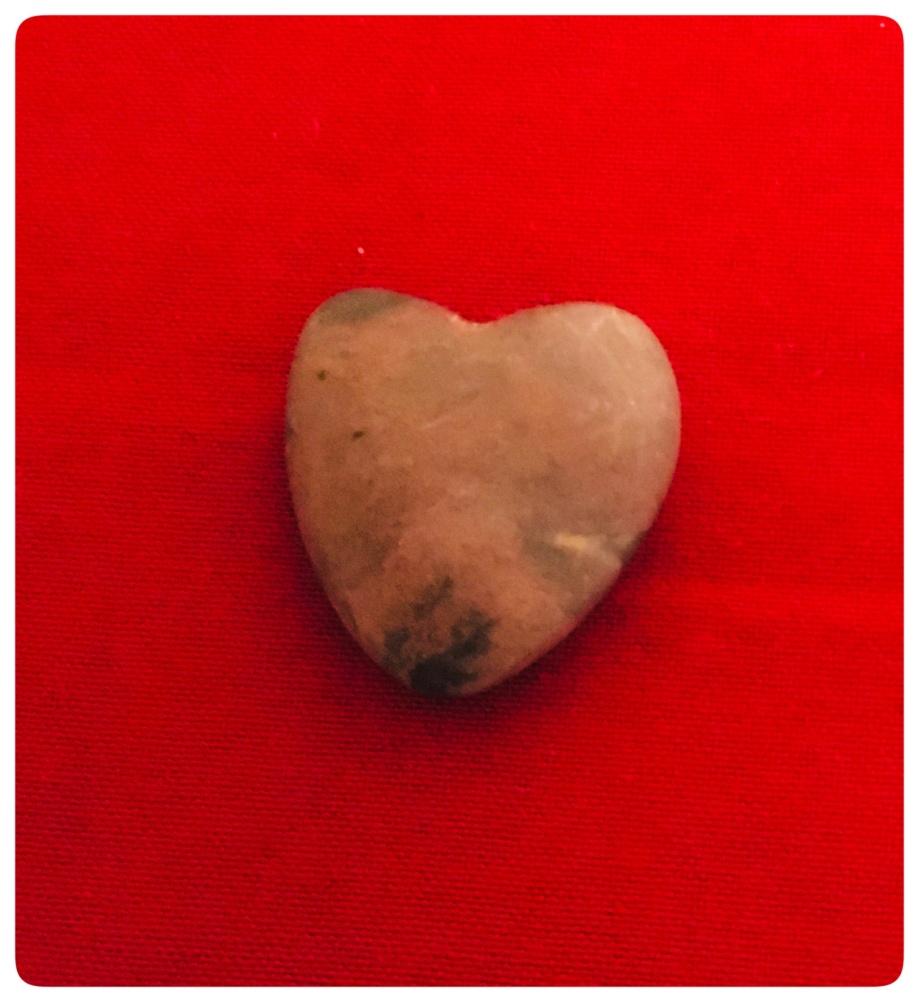 Once, I asked, as a little child does,

Yesterday, I was with my friends, the youngest is aged a little over 60 ~ the Ladies Fellowship meets every Tuesday afternoon to pray and read the Bible together, we had a twofold theme this week.

In celebration of the Bible most bought with them a treasured bible from their earliest years, one bought her mother’s bible. The date her mother received the bible recorded inside the front cover, 1916. Glued firmly on the inside back cover a momento of a sailor whose ship was lost at the battle of Jutland –

Jack Cornwall joined the Navy in July 1915, with Britain was at war, and in 1916 became the youngest holder of the Victoria Cross at just 16 years old. The medal was awarded posthumously for remaining at his post at the forward 5.5 inch gun of the cruiser HMS Chester, see photo below 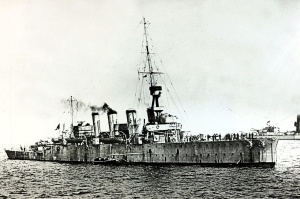 In fact the young man who appears in pictures of Jack is not Jack but his brother who stood in for him, the stamp posted in the Bible we saw was a coloured version of this one and was awarded for raising money for a memorial.

We were reminded of how valued, bibles were in those days of war, often bible societies produced small booklets of selected portions and these would be kept tucked inside a cap, where they could be more easily retrieved than rummaging through a kit bag.

Another lady bought a photograph of her mother taken on her mothers wedding day. Her daughter proudly and tearfully declared that her mother had been a saint, she told us of how her Mom, had devoted her life to the service of others. How she would spend whole nights keeping company elderly and sick people in their own homes, after tucking her 2 little girls up at her own home, how her mother had always been a listening ear, but never a revealer of secrets.

Two very different people. One a young man who joined the Navy aged 15, a brave young man, no more than a boy David, the shepherd boy was when fighting bear and lion in defence of his father’s sheep.

The other, a young mother and Salvation Army Officer, prepared to go an extra mile and gentle hand to anyone who needed it.

“A saint is God’s chosen heart” … not one of us has a perfect heart … not one of us chooses Him. He must choose us.All the courage we have, the kindness, the love our hearts hold, they come from Him. Not many of us will ever be Saints spelt with a big S, but all whom the Lord Jesus chooses to draw near to himself are called to be Saints.

How does God raise a saint?

With the milk of the word.

With the Bread of Life.

What does God ask us all to do for Him?

If you listen very carefully, you will hear His answer,

Come, Come to Me, Follow Me. I chose you out of the world, of all the pebbles on the beach I chose you. Don’t look back, walk with me, abide in Me.

“You did not choose Me. I chose you.” 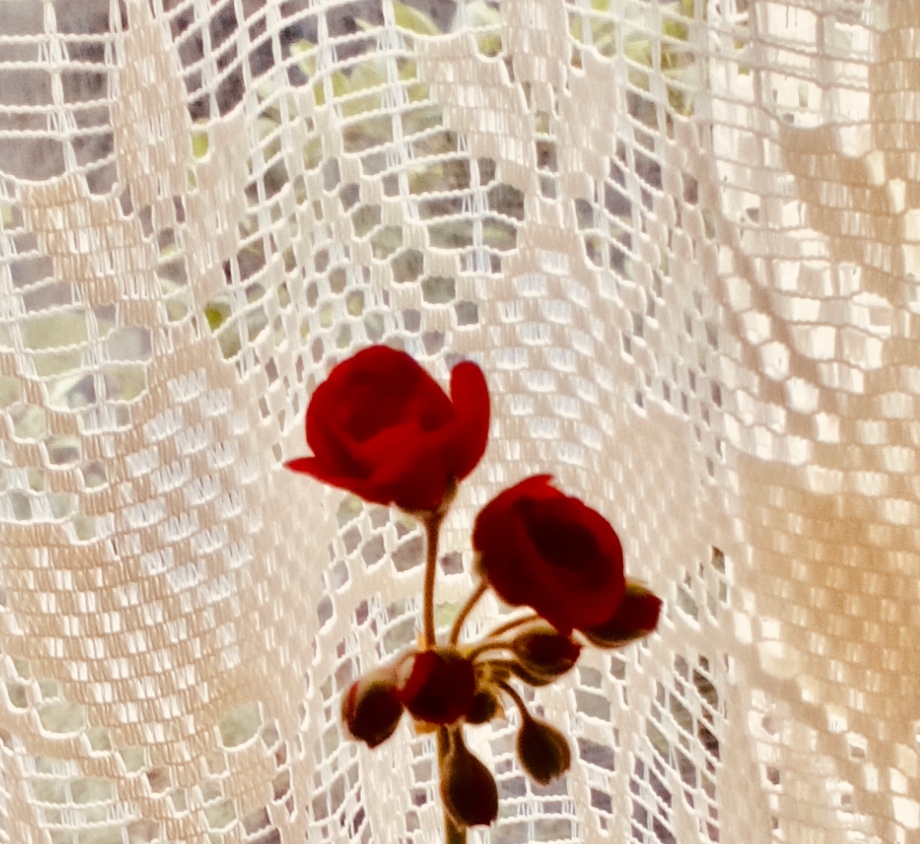 October, rainy, and mild, this year will soon be over, and still the leaves cling to the trees, waiting, perhaps for windy November.

Or will it be windy November?

As the month began there were forecasts of snow in the last half of the month. Still no snow. I cannot say that I am sad about that. October seems far too early for snow to arrive; it would seem bizarre to have flurries of snow flakes before flurries of crunchy , red-gold leaves.

Weather forecasters do not always get it right.

The future, despite modern technology, weather satellites, and highly proficient interpreters of so much information the future remains un-known, hidden from our view by an impenetrable curtain.

A curtain which the most insistent hands cannot draw back, anymore than the reader of tea-leaves can.

I am glad of that.

There are some things it is better that we don’t know.

I promised to pray for a younger lady today.

We have not known each other very long, measured in proportion to the long year of my life, perhaps we could say from July to October. She is a quietly spoken, clever lady with whole sunny summers, golden autumns, white winters and green springs to look forward to, except that the gloomy weather forecaster has said she has a cancer.

So, I am praying that He who holds the future, yours’ – mine – hers’ will prove the forecasters wrong, and that behind the curtain many years of happy, fruitful life await.

I love the plants and pots that occupy my window sills, especially those plants that come as gifts. I find it very difficult to part with a single one, even despite the flowering period being over and gone, and little hope that they will flower again. The geranium in the photo was last year’s. For months it has just sat there, no foliage, green shoots. There have been those mornings when I have been tempted, strongly tempted to put it on the compost heap. Almost, but:

“There is hope for a tree, when it is cut down, that it will sprout again. And its shoots will not fail.”

“And hope does not disappoint, because the love of God has been poured out within our hearts through the Holy Spirit who was given to us”

Look, the geranium is flowering now.

I purpose not to accept every gloomy prediction, it is true. Prayer changes things.

Lord, you teach us that hope abides for ever,

When faith is weak and can not grasp the shield or wield the Spirit’s sword,

When joy is restrained, the rainbow blotted out by the cloud:

Then let hope, send out strong shoots of prayer,

That faith may flower and bear perfect fruit,

And our perfect healing

I looked and I saw?

Chickens out in the rain, puddles up to the knees, squawking as only very wet, miserable chickens can.

Had they no sense?

Why didn’t they head for their nice cosy hen house?

That’s when I realised I had flu, just as the hands of Jesus reached down to pick me up and tuck me under his arm.

“No not you. I want you for something else today”

Does this ring true to you? Are you the one who sees the plight of others first, before you see your own?

Well, I can only say on reflection the Lord sees and notices every single thing you do. He cares about the chickens out in the rain. Of course He does. He shakes his head in sympathy and understands each perplexed, ‘what do I do now, what’s the right way to go cluck.

After all, “the Son of Man has come to seek and save that which was lost”

Most of us, at times feel lost. Even those who have been ‘found’ a long time .. we can feel we need to know the way to go next. Yes, we may well know every cobble in the farm road, every step to the hen house and barn. We may know, as wise-birds, exactly what to do when it rains on everyone’s parade.

But do we know our God cares about us?

Knows we are willing to be pushed to the limit for those rainy day chickens, and to shoo them into the warmth of a dry shelter, to wholesome food and drink.

Yes He does know these things and yet, there is still something, which we can’t put our finger on… the something else, that thing which He wants us to do for Him today.

We did not choose you Lord Christ;

But you chose us.

We cannot choose what we do,

If there is something else,

You would have us do-

We have to choose aright,

As you would have it.

Lord, show us what you would have us do

To do for you, today and every day:

Give us each day our Daily Bread,

Let our food be to do God’s will,

The picture described given on rainy Saturday 12th October